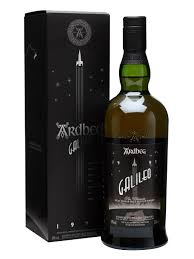 Tastingnotes Serge Valentin. www.whiskyfun. 84 points. Ardbeg 1999/2012 ‘Galileo’ (49%, OB) A rather large proportion of this wide bottling (around 50,000 bottles, it seems) was matured in ex-Marsala casks (30-40%). Marsala is a pretty old-fashioned Sicilian wine, much akin to sherry, that’s more used for cooking these days (in zabaione, tiramisu, various sauces…) It comes as red or white, dry or sweet. I don’t know which kind of Marsala was used for this Ardbeg. Colour: gold. Nose: less ‘Ardbeg’ than the G&M, rather rounder, less coastal for sure but also a little more medicinal. Rubber gloves (haha), then verbena and genepy (aniseed-like herbal notes), touches of tangerines, overripe apples and just a little walnut liqueur. Also ripe plums, quite unusual even in the most sherried old Ardbegs. There’s also quite some vanilla and whiffs of pencil shavings, probably not from some old ‘chateau’ Marsala cask. Anyway, a very nice nose for sure, it may just lack more Ardbegness if you’re into ‘pure’ styles. Mouth: starts a little weirdly, slightly disjointed, between the distillery’s usual sharp and zesty profile and a kind of both candied and dry fruitiness that stays apart (a kind of mixture of plums and bitter almonds). The oak’s also quite loud, with again notes of pencil shavings and heavily infused tea. Becomes more drying after that, kind of greenish (cardamom? Cumin?) Finish: medium long, lemony and green. Green pepper. Slightly sour aftertaste, not unpleasant, with a saltiness. Comments: I really enjoyed the nose but I’m not too fond of the palate. Having said that, it’s probably a fine effort but as far as I’m concerned, I prefer Ardbeg au naturel.SGP:566 – 84 points.